On this 3rd album, Los Jornaleros offer the people their talent and love with their music of resistance and struggle. Los Jornaleros again put music to life, work, pain, and hope on “Que no pare la lucha.” They know that if they cease to sing, there’ll be nobody to denounce deportations, to sing against wage theft and to stand in front of the cowardly silence that tolerates hate and racism against the outsider. And, while there is something to speak against and those to bring hope and faith, the shout of the Jornalero will not be ceased.

And that is why, for now, this genre is not heard on the radio. But Los Jornaleros do not care for the commercial destiny that their verses may achieve. They only care about picking up the sentiment and life of the people and returning it with music and harmony. That is their work: converting situations of oppression into acts liberation. In this manner, between practices and performances, Los Jornaleros turn the people’s culture into a culture of emancipation. Because when people celebrate their struggle with song and poetry, art and culture become a tool for resistance and liberation.

It’s been over 15 years since Los Jornaleros began this beautiful and difficult work. They’ve taken the joy of their music to universities, unions, community organizations, schools, day laborer centers and corners, women’s groups and the marches for immigrant rights. They have put a human face to the history of men and women that offer their labor every day in an honorable and dignified manner in the streets corners and avenues through out the country.

Some members have gone on to search for new horizons and others remain with the band after all these years. And some have even been deported while others have returned to their home countries. Los Jornaleros constantly create themselves, just as their songs are created and developed. New generations of Jornaleros join and each  contributes their distinct touch to the music. This is because the group belongs to no particular person. It belongs to the Jornaleros and Jornaleras. It belongs to the movement for immigrant rights. It belongs to female, male and gender non-conforming worker. It belongs to the people. 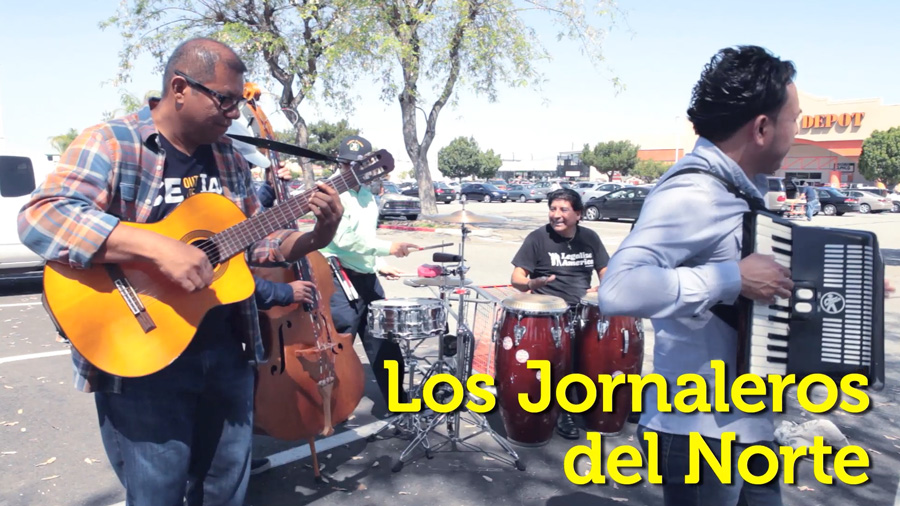 The Story of Los Jornaleros del Norte. How they started and who the current members are...

No gigs are currently scheduled.